A group of Trumpeter Swans stand at alert in a grazing field to look for danger (G. Thomas Bancroft)

I left early this morning to meet friends to head to Skagit County to do some birding.  The agricultural area west of the interstate is an important wintering area for waterfowl and raptors.  Even though it was raining, we hoped to find some good birds.

We were not disappointed.  At our first stop along Fir Island Road, we had 4 Short-eared Owls and 3 Northern Harriers patrolling the fields looking for an unwary vole.  We saw one harrier drop down into the grass and come back up with something in its talons.  Instantly, an immature Bald Eagle swooped out of a nearby tree to attempt to steal the catch.  The harrier dropped its catch but was able to retrieve it after the eagle gave up.

Near Edison we saw more than 20 Bald Eagles roosting in a small grove of trees along the Edison slough.  Around the same area, we found several Rough-legged Hawks.  These large raptors are down from the arctic and subarctic regions of North America to winter in this area.  We saw both light and darker individuals.  The streaking on their heads and neck, long wings and distinctive tail were fun to study.  Several individuals sat patiently while we stopped and looked them carefully.  We also spotted a Peregrine Falcon near the top of a tree and were able to study it carefully through a spotting scope.

Early in the morning we had lots of Snow Geese flying over in large flocks.  Late it the day we spotted a cloud of Snow Geese above one field a long ways away.  I estimated that there were more than 3,000 birds flying.  As I scanned the birds in flight, I suddenly realized that there were at least 4 times as many birds on the ground in the fields near the flying birds; an extremely impressive group.

We closed the day just south of SR 532 where we saw a wintering Snowy Owl.  This species breeds in the Arctic tundra and usually stays north of us in Washington.  When food supplies farther north are too low, we have a winter invasion.  A chance to see one, even at a distance, was really a fun way to close a great day. 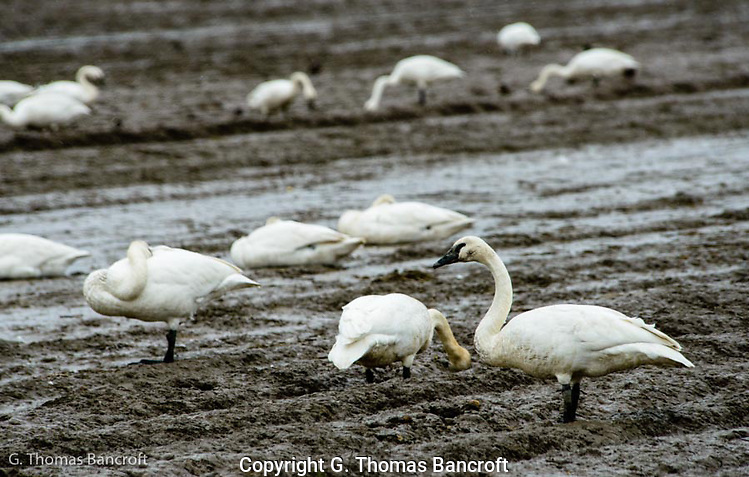 A Trumpeter Swan peers at me while several rest and feed (G. Thomas Bancroft) 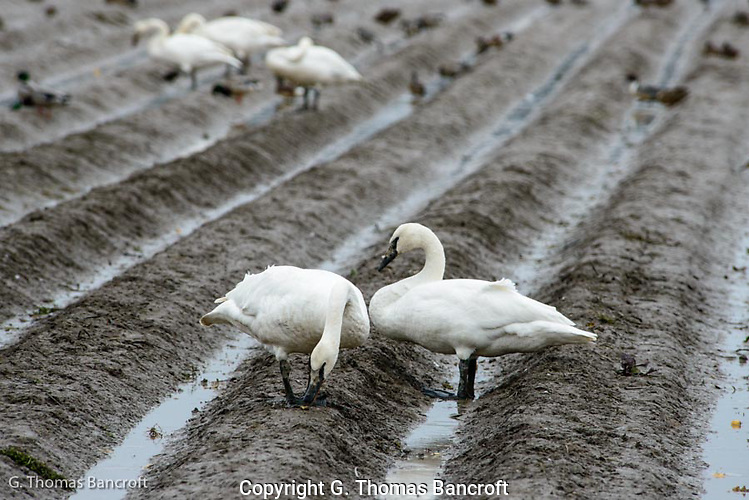 A pair of Trumpeter Swans pause in the fallow field. (G. Thomas Bancroft) 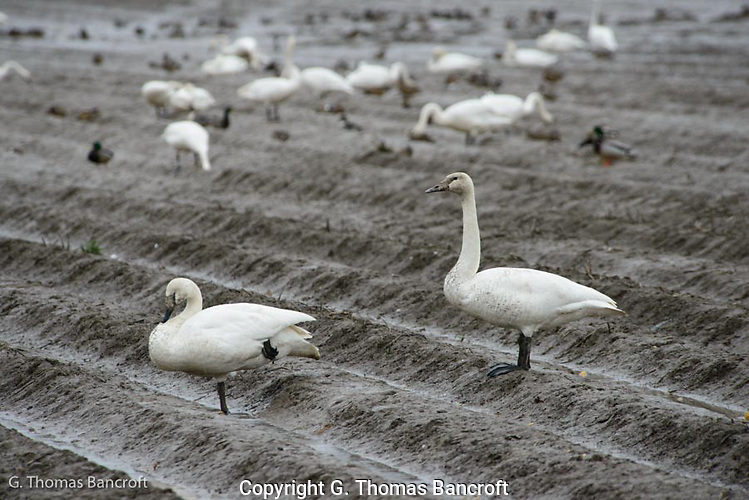 A Tundra Swan stands at alert while its mate rests (G. Thomas Bancroft) 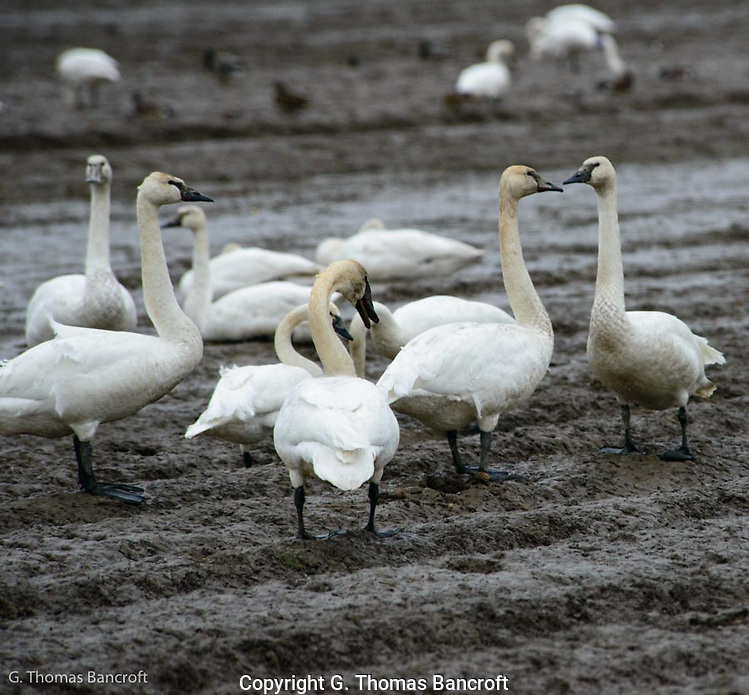 A group of Tundra Swans converge in a fallow field while feeding. (G. Thomas Bancroft)