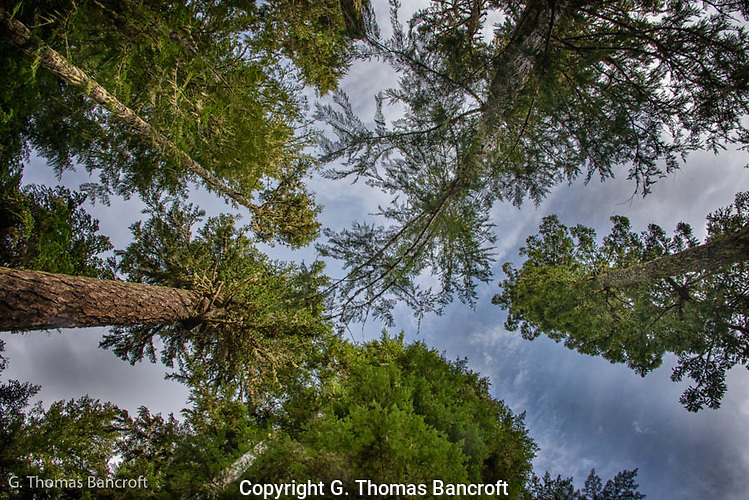 The old growth trees were massive is size, both in diameter and in how high they reached for the sky. These were well over a hundred feet tall. (G. Thomas Bancroft)

Have you ever fallen into a trance when looking vertically into the canopy of big trees until you realized your neck was hurting from how you were holding your head?  I was hiking in Goat Rock Wilderness along the Lily Lake Trail last week and was just mesmerized by the magnificent forest protected there.  I saw lots of trees well over four-feeet in diameter; Douglas Firs, Noble Firs, Red Cedars, and Western Hemlocks.  It was just incredible.  I had a hard time covering much ground on the trail because I would see another monarch and have to stop and admire it.  I suspect the big Douglas fir on the left side of the photograph was probably a pretty nice tree when Christopher Columbus was sailing to the new world.  The Red Cedar on the other side of the photo is not quite as old, maybe only 200 or 300 hundred year! I felt honored to stand amongst them and I tried to walk softly and leave not trace.