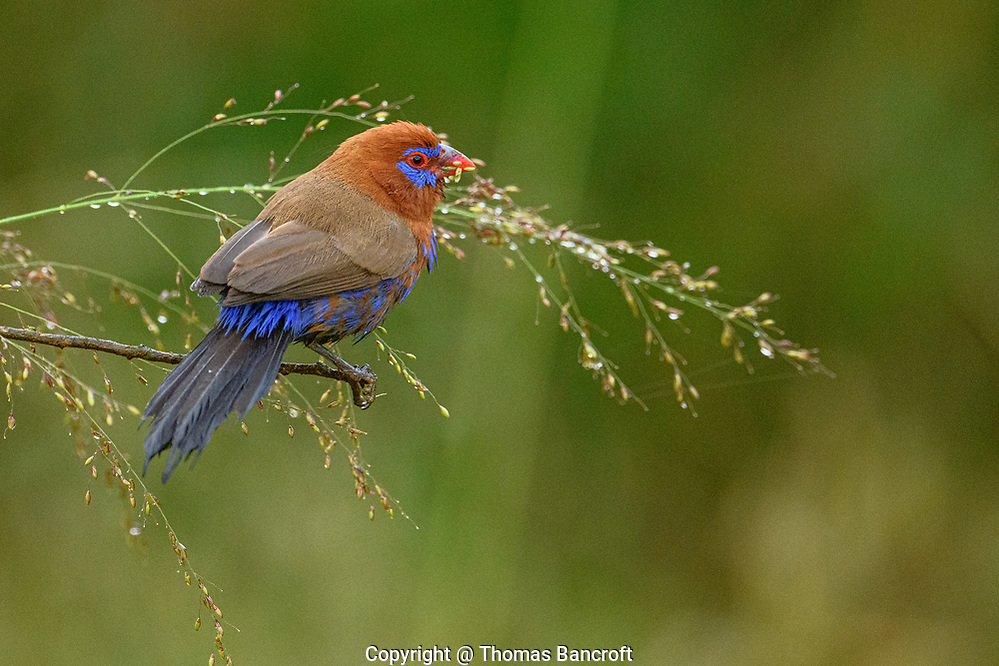 A purplish-blue blob zipped across in front of us and landed on a twig. I yelled for our driver to stop. The road had been rough and the going slow in Nairobi National Park, but there was also so much to see. My binoculars found the small bird. It had stretched out, extending its head and neck as far as possible to strip small seeds from a stem. Some whitish seeds were already stuck to the bright red conical bill. The color was astonishing, like nothing I’d ever seen. 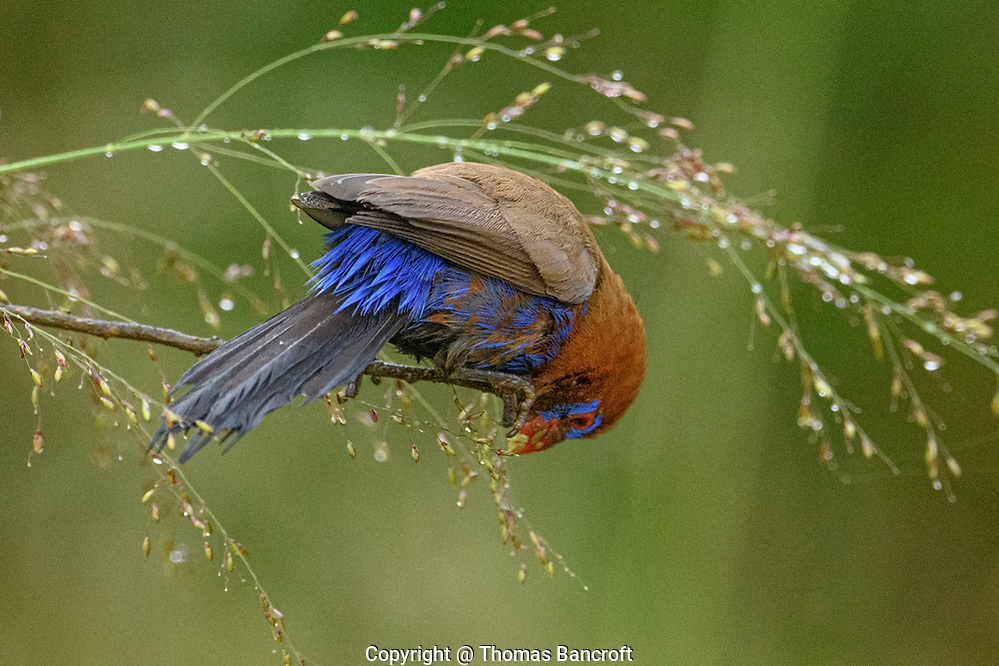 A thin blue stripe ran from the base of the bill over the top of the eye, not quite meeting a slightly wider blue one that came from the lower mandible. A thin red ring of feathers circled the eye. In the subdued light at 7 AM, the pupil was wide open, but still, I could see a red iris that matched the feather ring. Its head, nape, and throat were cinnamon and graded into a belly of cinnamon and blue feathers. His back and flight feathers were brownish and covered dark blue tail coverts and the base of the black rectrices.

At only five inches long, this male Purple Grenadier was striking!

He looked much in body shape and size to a small sparrow or finch from North America, yet, I knew that this bird was not closely related to any of the ones in the United States. This grenadier was an Estrildid. A songbird family found in Africa, southern Asia, and Australia. They are often called waxbills because of the shine on their mandibles. I’d seen several species in this family when I traveled to Australia, but it still thrilled me to see this one. I’d gawked at its colors in the field guides as I prepared to come to Kenya. Now, one sat in front of me. 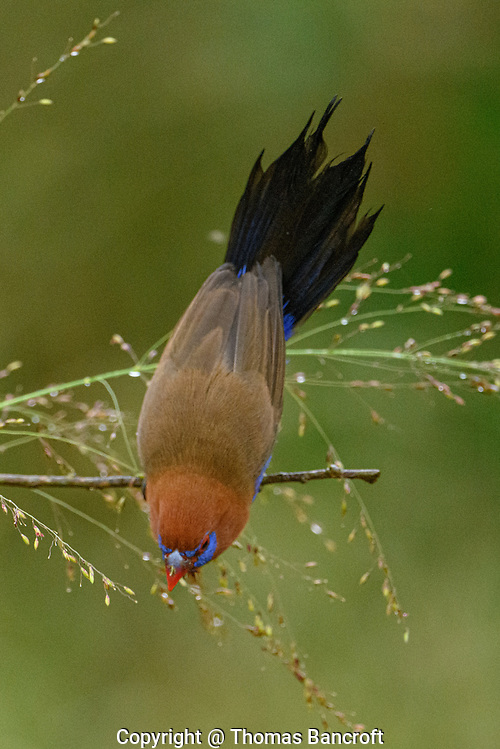 Stretching to the maximum, this Purple Grenadier finds just the right seed to crunch on for breakfast. (Thomas Bancroft)

The resemblance to our small sparrows is an example of convergent evolution. Different, unrelated groups take on similar size and shape to exploit a similar resource. In this case, tiny seeds. Estrildids are thought to have evolved in India about 20 million years ago and then spread, radiating into additional species in Africa and Australia. Our New World sparrows are an entirely separate group that originated in the Western Hemisphere. At the same time, our finches are part of a northern Palearctic group that had expanded into North America and evolved into additional species. Birds are so fascinating to contemplate.

The grenadier shifted around, showing its other side and then flitted into the grass, disappearing. I stared for a moment at the twig where it had sat before thanking our driver, and we continued our search of these African plains. 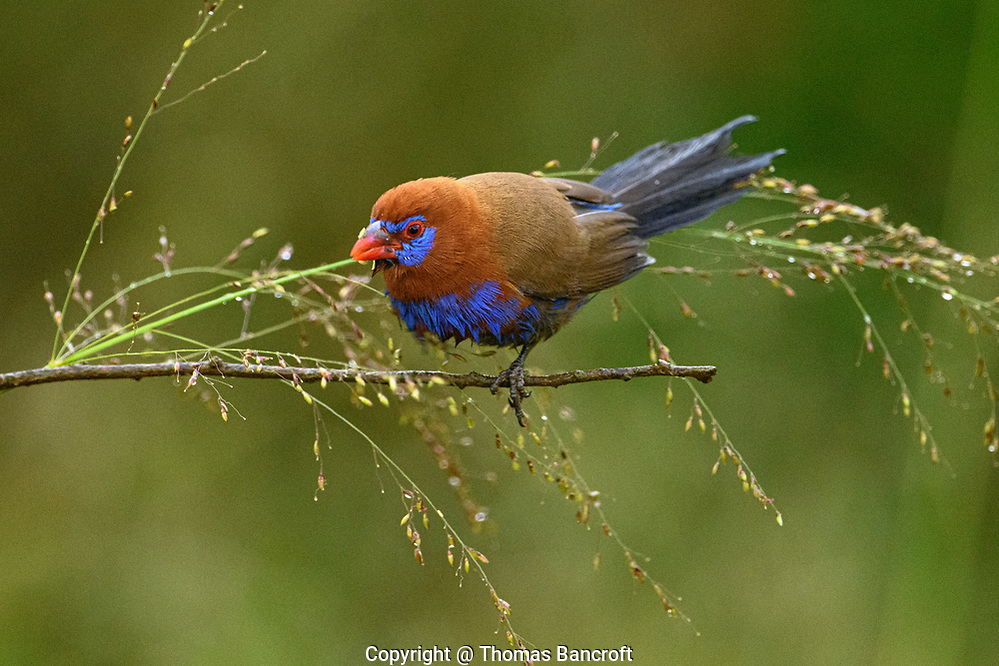 Blue feathers dot the chest of this Purple Grenadier, giving it a beautiful look and complements the facial markings. (Thomas Bancroft)