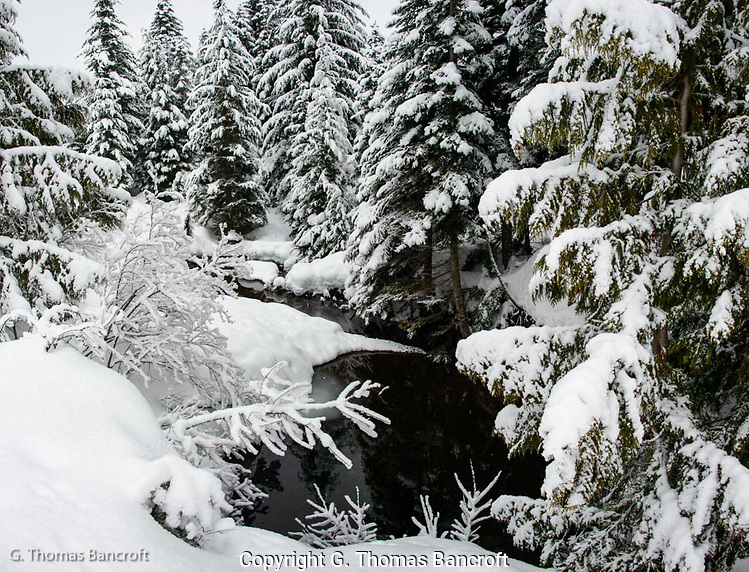 Two inches of fresh snow fell during the night and had blanketed the trees in white. The pond was still open. The scene was quiet with no wind or birds calling. Light snow was falling. (G. Thomas Bancroft)

Seattle was engulfed in rain at 7AM this morning but maybe Snoqualmie Pass would be cold enough for snow so I left to check it out.  I arrived shortly after 8AM and was one of the first people to drive into the parking lot at Hyak.  The pass had received 2 inches of fresh snow during the night.  A few cross-country skiers headed down Iron Horse Trail in front of me but I was the first one on snowshoes this morning. 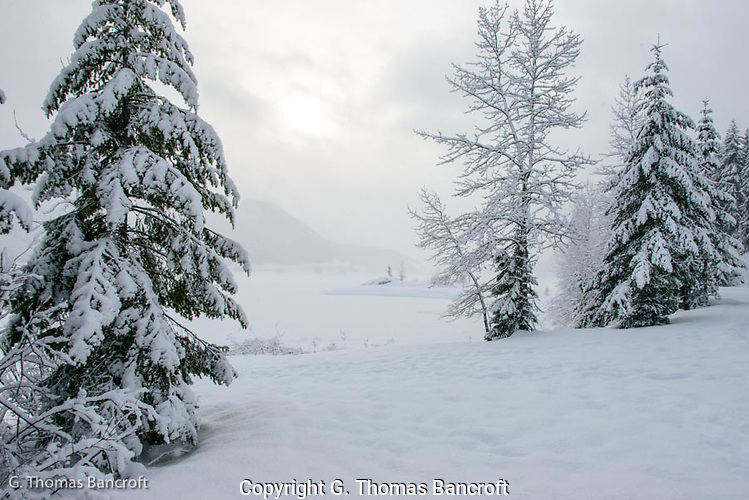 The sun glowed lightly through the storm clouds. Snow showers obscured the view in the distance creating a serene setting. (G. Thomas Bancroft)

The alder and spruce trees had several inches of snow on their branches.  It made for a winter wonderland.  The snow started to fall soon after I started down the trail.  It was the small ice crystal snow and bit against my cheeks as I hiked.  I dropped down from the main trail to one closer to the water and had it to myself.  The sun glowed through the snow clouds accenting the scene.  A raven passed flying west, squawking as it went.  The trees gradually vanished into the falling snow as one looked down the trail.

The landscape created different emotions depending on the direction you looked.  Along the trail, the snow covered trees produced a very serene feeling while if you looked across the lake at the storm clouds approaching it was more tempestuous.  Some blue squeaked through the clouds in a few places and occasionally the sun became brighter when the clouds temporarily thinned.  The Snoqualmie Nordic Club had a hot chocolate stand on the way back to the car which was a perfect break and energy burst for the last quarter mile.  Out and back took almost 4 hours and was a wonderful way to spend the morning.  As I drove down from Snoqualmie Pass, the snow turned to rain and it rained all the way back into Seattle. 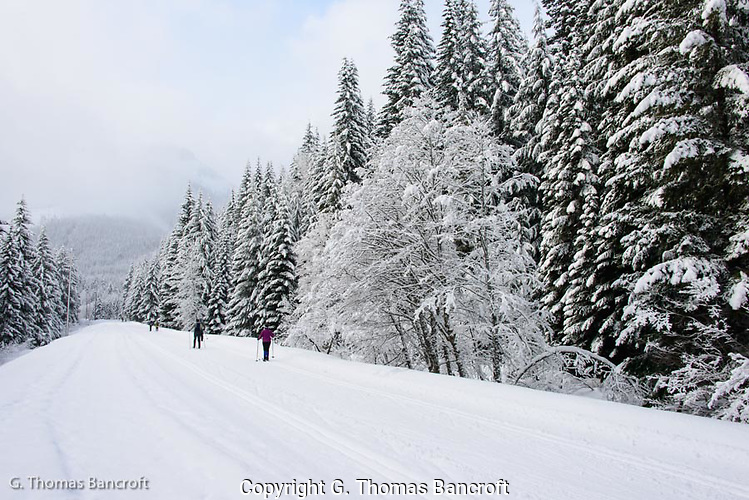 The spruce and alders were blanketed by snow. Storm clouds were down over the mountains and fresh snow was falling. The white laced alders against the spruce background created an interesting pattern. (G. Thomas Bancroft) 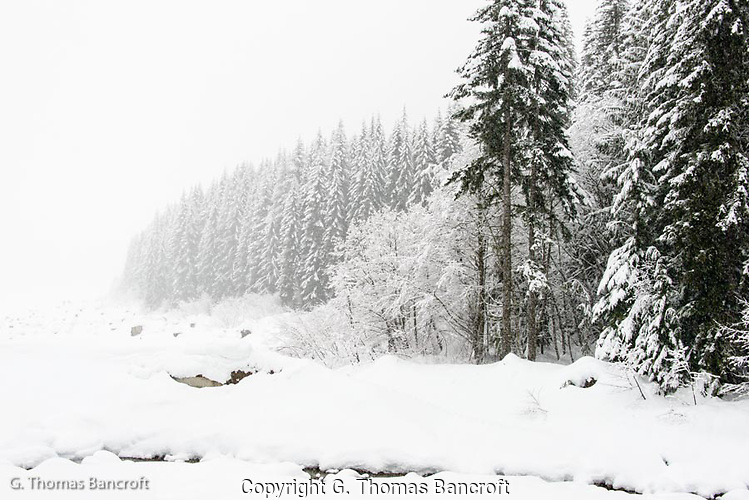 The snow storm moved across Keechelus Lake covering the trees in white. This created an abstract setting. (G. Thomas Bancroft)